Home For Beginners Is Rappelling Dangerous? Some Tips on How to Improve Safety 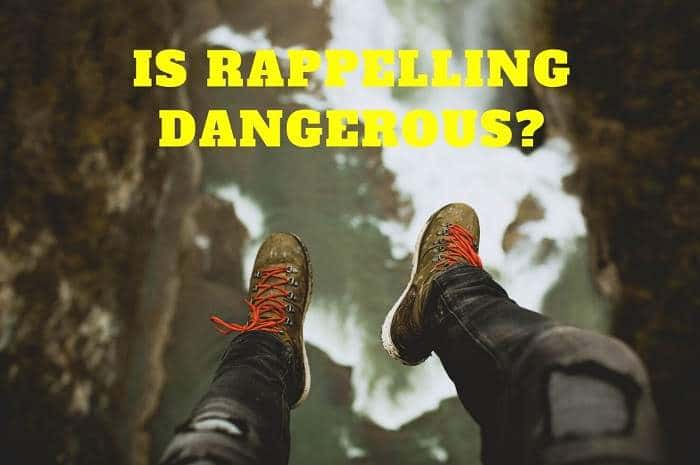 The dangers of rappelling are not always as obvious as you might think.

Is rappelling dangerous? The no.1 question that pops into everyone’s head whenever they think about this thrilling activity. Some people practice rappelling strictly out of need, others do it for fun, and others even treat it as a sport. No matter why you get on the ropes, the truth is that rappelling is indeed dangerous, but keep on reading to find out what are the main things that can go wrong rappelling and how to avoid them.

The question that I would like to answer first of all is this one: what makes rappelling dangerous to begin with? We know that most sports come with a degree of risk, some more than others, but anything related to climbing, hiking, canyoneering or mountaineering is quite dangerous by today’s standards.

What makes rappelling truly dangerous is that the climber has no choice but to rely on his gear and anchors during the descent. If there were any mistakes made during the preparation process, any number of things can go wrong, and we’ll touch on that subject in a second.

The best thing we can do is learn from the mistakes of others. Sadly, there have been a number of rappelling accidents reported over the last few years, and the sad news is that they could have been easily avoided.

In regards to safety, the difference between climbing and rappelling is this: when you climb, you rely on a redundancy system composed of cams, pitons, and bolts, all of which keep the climber safe in the event of a slip and fall. In rappelling, the climber can only rely on a series of anchors (either man-implemented or natural). If the anchors fail, tragedy follows. Fortunately, while fatalities have been reported, not all mishaps end in the climber’s death. Even so, rappelling is statistically one of the most perilous climbing activities ever. All the more reason to practice it safely and securely, just like I always preach.

What exactly can go wrong rappelling?

In order to prevent accidents, we need to know exactly what could happen if something goes wrong. Always be prepared both physically and mentally for a mishap, be it small or serious. Here are the most likely things to go wrong while rappelling:

As you can see, there are many things that could go wrong while rappelling. However, almost all of them can be avoided if you are careful and follow the proper procedures. Moreover, there’s one more thing that you can always do, and that’s using the Buddy System to perform double-checks.

When are we the most vulnerable to mistakes?

This is an interesting topic to think about because we’re not always as liable to make mistakes. Certain factors come into play: the level of experience of course, but also environmental factors and personal issues.

For instance, say you’re getting ready to rappel down the face of a cliff after a very long day of hiking and climbing. The weather is getting worse and it’s getting kind of dark. You’re tired and you just want to get this final step over with. That to me sounds like the perfect time to slip in a mistake or two. It’s not your fault, maybe you didn’t even plan to rappel that day, but you have to do it nonetheless.

The best thing you can do in this situation is to double-check and even triple-check your setup. If you’re rappelling with a buddy, check each other’s set-ups and climbing harnesses, as other people’s mistakes are often more obvious than our own. Keep an eye out on the anchors, bolts, slings, and other pieces of climbing hardware that come into play. The knot linking your two ropes should also be tied correctly. Check everything, do it right, and you’ll be fine.

A word about perceptual blindness. 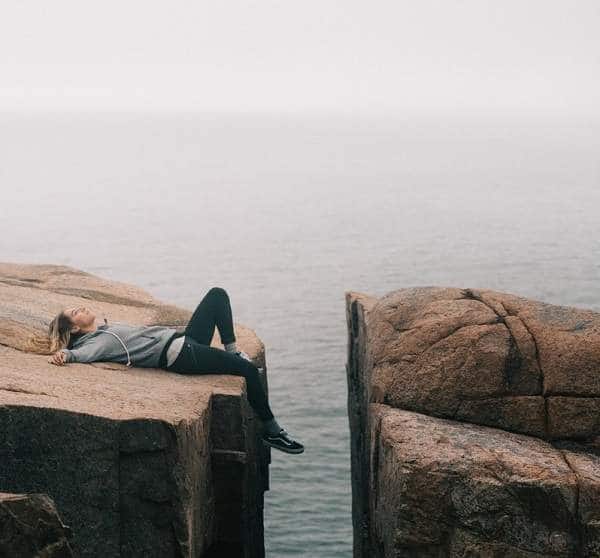 Then there’s perceptual blindness, which is when you look at things without consciously acknowledging them or paying attention to them. So you had a close look at your gear, but did you really check everything?

This phenomenon happens mostly when we’re tired, and in order to counter it, all you need to do is ask yourself this simple question: “Did I really check everything properly and paid close attention while I was doing it?”

If you’re confident that you did, you can go ahead with your rappel. If not, it’s back to square one for you. I know it sounds tedious, but when your life is at stake, can you really be too careful?

What about the hazards that we can’t control while rappelling?

It’s true that sometimes tragedy can strike without your input and without you doing anything wrong. Natural phenomena such as icefalls, falling rocks, avalanches or sudden bursts of wind could put you in harm’s way when you expect it the least.

These situations are known as Objective Hazards, and there’s really nothing you can do to avoid them if they catch you by surprise. What you can do is think fast: should you take your time and analyze each move as you proceed, or should you pick up the pace in order to leave the hazardous area as quickly as possible? Stopping is also an option, but it all depends on the situation.

It’s not a bad idea to move through dangerous terrain quickly if you can, but carefully weigh in the risks involved and make an informed decision. Here are some other things that you can do to minimize the risks associated with rappelling:

Is rappelling dangerous? Yes, it is, but it becomes much less dangerous if you take proper precautions before and during the event itself. My advice is to create your own procedure that you go through every single time before you rappel. It’s a checklist of sorts that includes everything you need to do, and everything you need to watch out for.

This requires a lot of discipline, but discipline and consistency are very important when it comes to any outdoor activity. Military rappelling experts go through their procedure every single day and they get it right every single time. Train your brain to think like a military man before you go out rappelling. This activity is one of the most dangerous ones you’ll ever learn. You’ll never get used to it, not really. It will become easier the more you do it, but you’ll always be aware of the dangers involved, and that’s a good thing because it will keep you sharp and focused.

I hope that you now have a better understanding of the dangers involved while rappelling. Hopefully, you now know how to avoid the most common mistakes, and you’ll never have to go through a crisis.