Home Tips and FAQ Is Rappelling a Sport and How Competitive Is It? 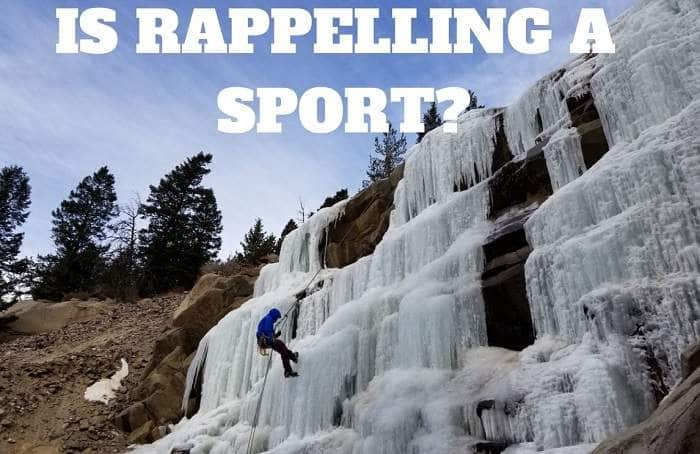 Is rappelling a sport, and how do people compete at it?

The first question that usually pops to mind when it comes to rappelling is if it’s dangerous? And while I did answer that question in full, I want to focus on the second most asked rappelling question: is rappelling a sport?

The quick answer to this question is: not officially, in the sense that there are no worldwide competitions being organized, and no prizes put up for winners. However, there are many local rappelling competitions in different parts of the world, where rappelling enthusiasts can race to the bottom or even see who has better mastery of the basic techniques involved.

It’s all up to the organizer’s imagination. In truth, I’ve only taken part in a few rappelling competitions, and those were organized among friends and family members. Sport rappelling might not be recognized officially in the way rock climbing is, but it can definitely accommodate some form of friendly competition. What is the aim of rappelling anyway? It’s to climb down a steep slope or cliff using proper gear and protection when it’s too risky or dangerous to do so otherwise.

How does sport rappelling work? What are the rules?

As I said before, it all depends on the people involved, their level of skill, and what they aim to compete for. However, most of the time, sport rappelling pits two or more people against each other while an independent party measures the time it takes each one of them to reach the ground safely.

Rappelling or abseiling quickly is harder than it seems because you can’t just let go and hope that your descender will do all the heavy work for you. If there are obstacles involved, these need to be tackled properly. Moreover, stopping frequently ensures that the anchors are still dependable and that the equipment still works properly.

Another way to tackle sport rappelling is to set a fixed time and have each competitor prepare their gear and anchors. An independent party would time them and check the quality of their setup at the end.

Where can I take part in sport rappelling?

The most obvious answer is Costa Rica, which also happens to be one of the most popular rappelling destinations in the world. In the case of waterfall rappelling specifically, it’s definitely the no.1 place to go, and I wholeheartedly recommend a trip there if you have the time and inclination.

There are quite a few waterfall rappelling destinations available in Costa Rica since this place is home to some of the world’s tallest and most spectacular waterfalls. You would be able to test your skills under the supervision of a professional, who would also put together short rappel races on the rock faces. Most people use figure-8 devices for these races, but someone using an ATC should always sit above as a backup. 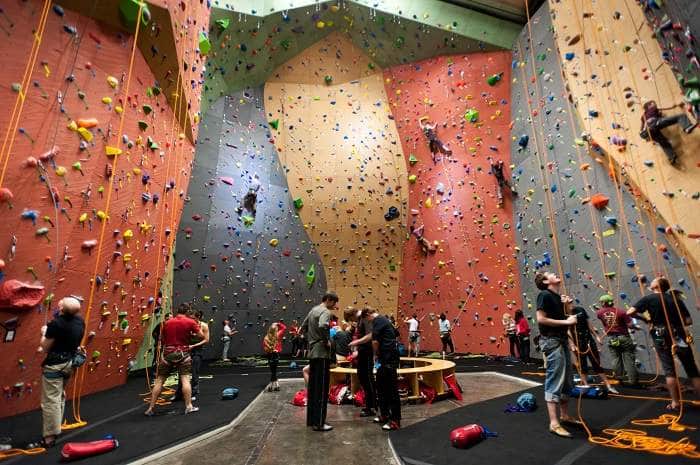 However, you can also see how fast you can rappel in more controlled environments such as rock climbing gyms. Many of these gyms have rappel towers, which can help you hone your skills before a real local competition.

Keep in mind that while climbing gyms are more comfortable to use and safer overall than the real thing, they can’t 100% replicate the challenges that you might be faced with when you go out there for real. I’m talking about wind, slippery surfaces, and natural obstacles such as shrubs. It’s okay to practice rappelling at rock climbing gyms, just keep in mind that nothing compares to an actual outdoors rappelling experience.

Is ziplining the same thing as rappelling competitively?

Ziplining and rappelling are not the same, even though people do tend to confuse them from time to time. The main difference is that ziplining involves a relatively horizontal plane of movement while rappelling is done vertically off the face of a cliff. Moreover, zip lining doesn’t require much skill or know-how, as the person just needs to be strapped in properly and follow the instructions of the handler before taking off. Once movement begins, all you have to do is sit back and enjoy the view until you reach the other side.

Finishing a ziplining trip is probably the most challenging part, as you need to stop yourself properly in order to prevent slamming into the zip line poll. Most of the time, the poll will be wrapped in some sort of shock-absorbent to make things easier for beginners. I do enjoy the occasional zip line across tall peaks and pine trees, but this activity has very little in common with rappelling.

Rappelling, on the other hand, is much more dangerous because it involves a controlled vertical descent. More things can go wrong while rappelling, and human error also factors into the equation.

Slacklining is even more of a challenge because it involves balancing or walking on a suspended piece of flat webbing that’s pulled at the ends by two anchors. Similar in technique to rope walking, slacklining is probably one of the most thrilling activities you can engage in. It is dangerous, true, but the person practicing it should always be anchored to the webbing just in case something goes wrong. Free solo slacklining has also been done with great success, but I would never advise anyone in their right mind to attempt it.

Will rappelling ever become a true sport?

I honestly don’t think that it ever will, not unless the rules of the game change dramatically. It’s true that climbing equipment has come a long way over the years, and that it’s now safer than ever to attempt abseiling and rock climbing. However, it’s difficult to find a truly defined competitive element when it comes to rappelling.

Maybe that’s because it doesn’t require as much body strength as rock climbing does, or maybe it’s because we’re not fighting gravity as we rappel, more like trying to survive it. Some see rappelling as an extreme “sport” or a simple way to avoid a long, tiresome descent. There are rappelling enthusiasts out there who do it just for the fun and thrill of it, I know because I’m one of them. However, I never really pictured myself winning any rappelling competitions, and maybe that’s the whole point.

There are certain things in life that spark competitiveness among individuals. Anything involving speed such as running, skiing, or even football or basketball. To do them right, we rely entirely on our own bodies, our strength, our stamina, and our force of will. In rappelling, we rely on our equipment the most, and we rarely rush things because we rarely have to. Rappelling is a shortcut, a means to an end. It can be beautiful, and it can be thrilling, but if it can be avoided, most climbers would skip it in a heartbeat.

I don’t want you to think that I’m contradicting myself. I do wish rappelling would become a true sport someday. I would be among the first to sign up and compete. But I get why it hasn’t become a sport yet. Maybe it’s not in its nature, or maybe it’s just not popular enough. I’d be happy to know your own thoughts on the subject, so don’t hesitate to get in touch if you have something to say.

Until then, as always, stay safe and enjoy the view!