Home For Beginners How Are Belay Devices Made & Why Do they Have Two Holes? 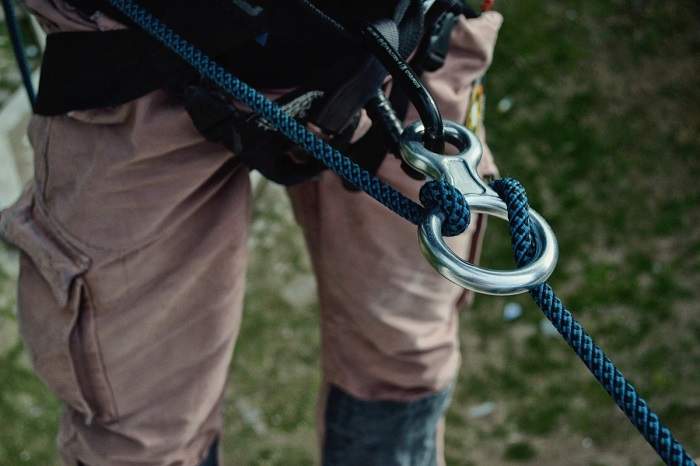 If you’re just starting out on your rappelling journey, or you’re just researching this activity in the hopes of practicing it later, you have a lot of studying to do. The overall list of equipment needed to practice rappelling is not that large, but each and every gear piece is of key importance, particularly safety-related devices such as belay devices and anchors. Today I’m going to talk a bit about belay devices, and I’m going to answer some of the most important questions about this mechanical piece of climbing equipment.

What is the main role of a belay device?

In short: a belay device is used to control the rope during belaying or rappelling, as it was designed to minimize the physical effort associated with these activities. One of the most important roles of a belay device is to stop the rope in the event of a fall.

Some devices are able to do this without any user input, while others require you to pull or hold the rope at a particular angle. When it comes to rappelling, some of these devices were created specifically for controlled descents, but I’m going to cover these in a separate article for the blog’s Gear section.

How are belay devices made?

While the actual manufacturing method depends on each brand and each device type, most belay devices are created from aluminum or some type of alloy. Each device goes through some rigorous testing before hitting the market, which I imagine is mandatory considering the safety-related implications of such a device.

While modern devices often incorporate multiple materials, that’s necessary because they include moving parts, especially those with assisted locking. These are typically mounted on steel axels, such as Petzl’s GriGri, while some use brass slide bearings (Tre’s Sirius). When it comes to tube-type belay devices, they rely on a retaining steel-wire-sling with a polymer coating. The Ergo by Salewa features non-load-bearing polymer parts for enhanced ergonomics. In order of popularity, however, the most popular load-bearing materials remain the aluminum alloys and steel.

Unfortunately, the reality of the matter is that top-tier brands guard their manufacturing secrets carefully. Therefore, experts began to search for manufacturing clues and traces on the surface of various commercially available climbing gear. The results are a bit disappointing if I’m honest, but they did reveal a few important details.

For instance, the Sirius and the Bat Brake by Edelrid are most likely drop forged. However, in the case of the Black Diamond ATC, the device has a complex geometry and no traces of stamping or similar procedures. The ATC does have a series of undercuts, which hint at investment cast as a probable metal-forming technique.

Why is aluminum the main material used for belay devices?

I also want to touch on the subject of constraints. When choosing the material for the belay device, manufacturers need to be sure that it would not include any rope damaging features. Moreover, in order to ensure longevity, the material needs to be highly resistant to corrosion. In order to prevent damage to the rope, the material’s melting point should never be reached. And last but not least, they had to use an affordable and readily available material. All things considered, aluminum quickly becomes the obvious choice.

Why does my belay device have two holes? 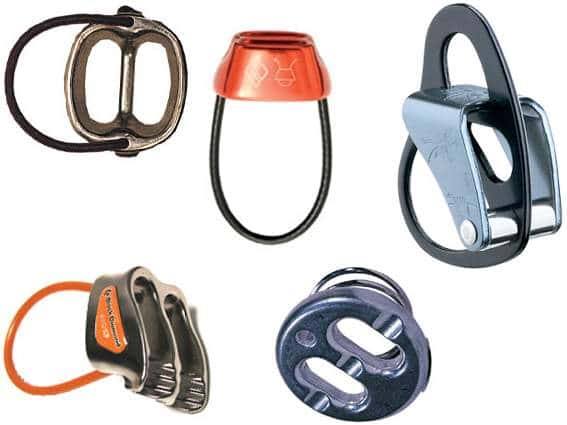 When seeing and equipping a belay device for the first time, some rappellers might ask a simple yet relatively confusing question: why does the belay device have two holes? The confusion stems from the fact that many belayers feed their ropes through just a single one of those holes. So what is the purpose of the second one anyway?

What are the main types of belay devices? 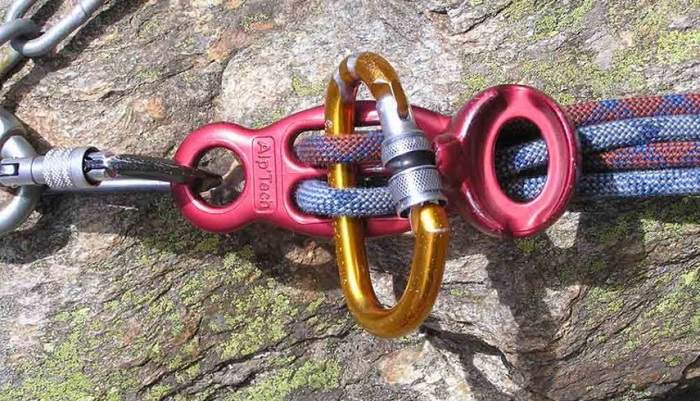 This is pretty much all I can tell you about the role of a belay device and how it is manufactured. If you have any more questions or would like to offer some more insight on the matter, feel free to get in touch!